About Reiki and cancer?

About Reiki and cancer?

Reiki, a stress reduction and relaxation technique, has become a subject of curiosity for cancer patients everywhere. Studies and anecdotal evidence has shown that, in addition to promoting relaxation among patients, Reiki can also be used to encourage healing and provide other benefits. In fact, some studies have even explored the effect of Reiki on patients who are undergoing cancer treatment concurrently. These studies have found that, although Reiki is not a substitute for other cancer treatments, it may enhance these treatments and offer a number of benefits to patients as they deal with the symptoms and stresses of cancer.

Reiki is a Japanese practice with a name meaning “universal life energy.” This technique is based on the idea that the practitioner can encourage the flow and free circulation of the client’s own spiritual energy through touch or close proximity. Reiki was largely brought to the west from Japan in the late 1930s by Mrs. Hawayo Takata. Over time, Takata passed her knowledge on to others, and the technique spread throughout the western world.

During a Reiki session, the practitioner gently touches the patient lightly with both hands in specific hand positions or holds his or her hands slightly above the patient. Reiki sessions typically last for approximately one hour. During the session, the practitioner will place his or her hands in up to 15 different traditional hand positions over or on the patient’s body, holding each of the positions for two to five minutes at a time. The treatment is completely non-invasive and requires no tissue manipulation or painful pressure.

How Does it Work?

People who practice Reiki understand that pain and illness in the body are exemplified by blocked energy pathways. The goal of Reiki treatments is to strengthen the flow of energy through these blocked or disturbed pathways, thus decreasing pain and enhancing the body’s natural ability to fight illnesses and heal itself.

For cancer patients, Reiki may be able to help reduce pain associated with the progression of the disease. It can also reduce some of the uncomfortable symptoms patients commonly experience during cancer treatment, such as anxiety, weakness and nausea. Furthermore, Reiki can also improve the patient’s emotional health and outlook, which may increase the patient’s ability and willingness to comply with physician’s instructions and adhere to treatment protocols.

According to the American Cancer Society, a small research study recently showed that patients undergoing Reiki treatments during cancer reported less pain overall. These patients still took the same amount of pain medication, but they reported feeling better when Reiki was part of their treatment regimen. Penn Medicine reports that another study conducted by the Abramson Cancer Center’s Integrative Oncology Initiative showed that Reiki can provide many benefits to patients when performed in conjunction with traditional treatments, including a reduction in patients’ perceptions of pain, decreased stress levels, reduced anxiety and increased relaxation.

The American Cancer Society states that there are a number of patient reports supporting the effectiveness of Reiki with regard to refreshing the spirit and improving an individual’s sense of well-being. Many cancer patients who utilized Reiki have also reported less nausea and vomiting after Reiki sessions taken during cancer treatment.

In a recent article, Penn Medicine described the anecdotal experiences of one Reiki patient: Joan Pouch. Pouch was in the middle of treatment for Stage 3 breast cancer when she began using Reiki to help her cope with the symptoms of the disease and the side effects of treatment. According to Pouch, Reiki sessions relaxed her. Pouch also said that Reiki sessions helped to restore her sense of mental and physical balance. In fact, Pouch found the treatments so beneficial that she later became a Reiki practitioner.

Because Reiki is a non-invasive technique that causes no side effects or complications, it can be performed on cancer patients at virtually any time following their diagnosis. Whether the patient is newly diagnosed and waiting to begin treatment, is actively undergoing treatment or is in the late stages of cancer and facing a poor prognosis, Reiki sessions may be beneficial. Reiki may also be effective at reducing anxiety and inducing relaxation and balance among patients who are in remission after completing cancer treatments.

However, in spite of its many benefits, it is important to note that Reiki is not a substitute for traditional cancer treatments. Although studies and anecdotal evidence indicate that Reiki can be increase patient comfort levels and enhance healing, it has not been scientifically shown to effectively treat cancer on its own. Thus, patients should view Reiki as one part of a comprehensive cancer treatment plan.

**This article appeared in The Reiki Times, the official magazine of the International Association of Reiki Professionals. 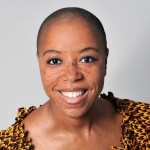